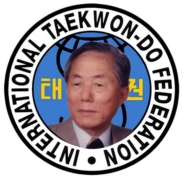 The International Taekwon-Do Federation (ITF) – founded on March 22nd 1966 by General Choi Hong Hi, who developed Taekwon-Do to promote the teaching of this martial art.

At that time, nine countries were involved: Korea, Vietnam, Malaysia, Singapore, West Germany, USA, Turkey, Italy, and Egypt. Taekwon-Do is taught in almost every country in the world and General Choi Hong Hi is recognised as the Father of Taekwon-Do.

Sadly, on June 2002 when the founder passed away, so did also the unity, as a fact many practitioners agree on.

2015 ITF UNION takes its place in the World.

ITF is nowadays is divided into too many segments with all claiming to be authentic – this might be right, as all come from the original tree.

Without any doubt and looking at the actual ITF world situation ITF Union has created Policies, Rules and Regulations that benefit any existing federation/association, instructor and or practitioner in the world.

Therefore, the main mission of ITF Union is to unite all the segments to become one ITF only.